Plutonium (Pu) contamination of soils or groundwater can be a serious problem at DOE sites.  Pu is an element with a complex chemistry, exhibiting a number of oxidation states in aquatic environments, predominantly Pu(IV) and Pu(V); although Pu(III) species have also been recently observed in microbially-active anaerobic systems.  In surface and subsurface waters, the prevailing Pu oxidation state depends on the abundance of natural organic matter (NOM). NOM reducing moieties can significantly modify the mobility of Pu in the environment by producing colloidal organic carriers that strongly bind Pu, mostly as Pu(IV). As a consequence, NOM, as geopolymers (e.g., humic substances from decaying plant matter) and biopolymers (e.g., exopolymeric substances, EPS), can, at times, both retard and accelerate Pu transport through production of different types of negatively charged, colloidal organic carrier molecules. These molecules have different amphiphilic properties and molecular weights, and strong Pu binding affinities.

Objective 1: Build on our successful characterization of the chemical composition of organo-Pu species in water leachates from the remediated RFETS site by using a similar approach on other soils or aquifer sediments from different Pu-contaminated DOE sites. These leachates of ambient colloidal organic forms of Pu will then be compared to those that have formed over time when a Pu tracer was added to the same soils, and will be used for transport studies.

Objective 2: Determine the biogeochemical factors that give mobility and/or immobility to the colloidal organic carrier molecule. This requires a full molecular level characterization of the chemical composition of strongly Pu-binding biopolymers in NOM extracted from laboratory incubation, leaching and column studies with these soils.

The potential benefits of the project to DOE are a better understanding of the potential role and mobility of different organic bio- and geopolymeric Pu vectors that will greatly advance science in general, and in particular, environmental biogeochemistry of Pu at low, environmental levels. This is critical to the long-term DOE strategy to incorporate coupled physical, chemical and biological processes into decision making for environmental remediation and long-term stewardship. Present transport or risk models do not include any organic phases in their treatment of Pu transport, even though the effect(s) can be likely profound. 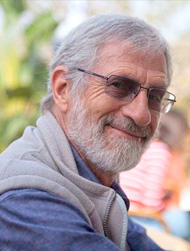